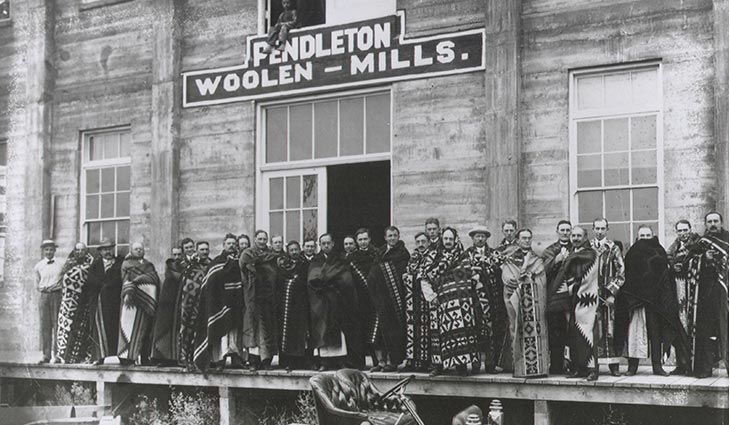 From the 1909 purchase of a scouring mill at the railhead along the Oregon Trail in Pendleton, Oregon, through lean years during the Great Depression and the war years when the company produced blankets for the military, to the present time, the Bishop family has produced blankets, robes and shawls which are highly prized by much of the Native American population. 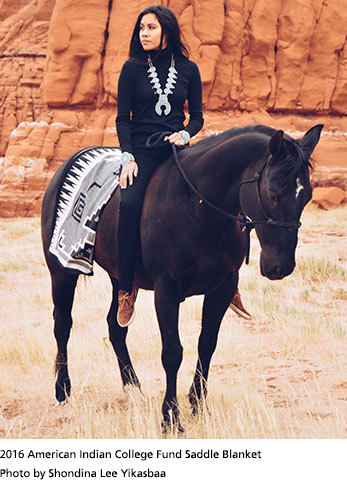 One of the reasons for the popularity of these products is the care taken by the pattern designers to learn about the native mythologies and design preferences of their customers. In the earliest years, Joe Rawnsley, who was considered a gifted talent on the jacquard loom, spent time with the local natives of northeastern Oregon to develop preferences of color and design (we now call this "market research"). He would then interpret these preferences into blanket designs using modern technologies that could express pattern ideas in much greater detail and in more vivid colorations than could be expressed by traditional weaving methods.

With the success of these first designs, Mr. Rawnsley spent six months in the native Southwest developing ideas for designs which might specifically appeal to the tribes of this region. He returned with hundreds of designs to be interpreted into his weaving processes.

In early North America, blankets were made from hides or pelts of smaller animals which had been sewn together or woven from wool, feathers, down, bark and cotton and, in some areas, shredded cedar bark. When the Europeans came to this country and bartered with the native peoples, wool blankets had great value in trading and the brighter the better. Most of the earlier trading blankets were plaids and block designs like the traditional Hudson's Bay blankets. 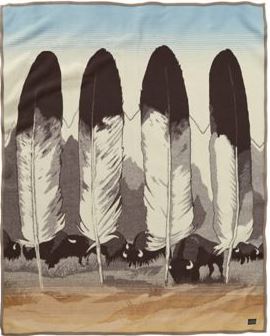 Car loads of blankets traveled from Pendleton, Oregon to the Southwest tribes to be exchanged for silver jewelry, wool or other items of value. The colorful blankets were integrated into everyday and ceremonial uses; part of a dowry, weddings, gift giving, pow wows, dance prizes, naming ceremonies, funerals and memorials (sometimes blankets are packed in a coffin or a coffin is lined with a blanket to keep the loved one warm on his journey).

The value of the blanket is practical from an economic standpoint. For a time, there were two things acquired by young people for security in case of economic hardship; a Bulova watch for a man and a good blanket for a woman; either one of which could be pawned for a fair amount of money to tide them over to better times. Rarely did the owner not return to reclaim the blanket as soon as possible.

During the past 25 years, Pendleton Woolen Mills has developed a series of Legendary blankets which are based on the beliefs and traditions of their original and most valued customers.